Los Angeles-based artist Diana Shui-Iu Wong was born and raised in 1940s Hong Kong. Wong’s interest in art and talent for drawing was apparent at the age of five. Throughout her childhood, she studied calligraphy, enriching her passion for art. Wong studied fine art close to home until her deepening interest in modern Western art, especially impressionism, led her to the Academy of Fine Arts in Rome, Italy, in 1957, and later the Royal School of Art in London. Wong returned to Hong Kong and traveled to New York and Los Angeles, where she set up permanent residence in 1970. Later in 1985, Wong opened a gallery of her own in Santa Monica. Since settling in Los Angeles, Wong has established herself as an international local artist who balances traditional Chinese and contemporary Western aesthetics.

While Wong’s classical training in both Chinese and Western painting form the basis for her techniques, her study of the I-Ching offered her a decisive break from traditional modes as well as new creative directions. In 1962, Wong began to experiment beyond the conventions of her formal art training to explore the liberating complexity of abstraction. Discovering that she could express pride for her heritage and culture through her work, Wong has also found self- empowerment through her art making. Wong’s most recent work ventures boldly into abstraction while grounded in nature and the elements. Her striking images, like color-flooded snapshots of the cosmos, explore universal questions about being and balance. 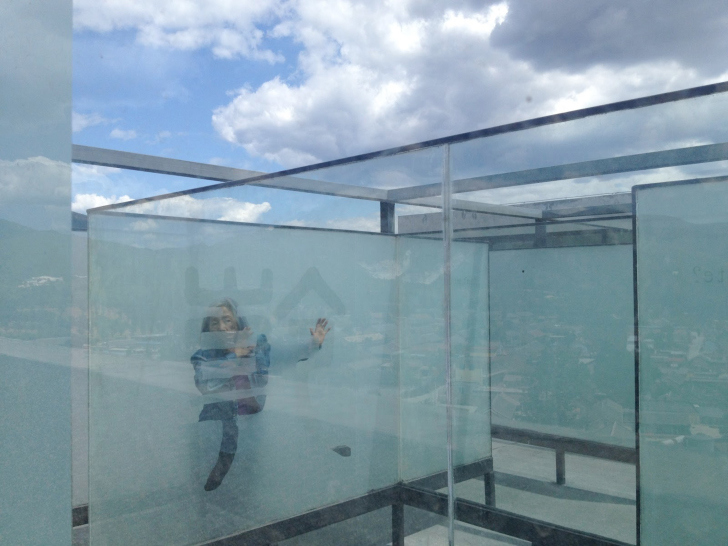 In 2011 Diana was invited to create a permanent installation of the “Labyrinth of the Nine Palaces” from the I-Ching with glass and steel on the rooftop of the Shang-Yuen Art Museum and Artist Community in Beijing, China. Diana Wong’s work has been exhibited in Museums, galleries and cultural centers in various cities in the U.S. and internationally in China, Japan, France, Italy, Mexico and Taiwan.

In 2005 Diana Wong published her autobiography: Merging, The labyrinth And Beyond, Art and Life of Diana Shui-lu Wong. Merging features a collection of work that spans four decades, from Wong’s early impressionistic portraits and landscapes to recent abstract compositions inspired by the Chinese philosophy of the I Ching or The Book of Changes.